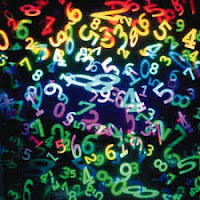 A "virtual number" is one of the services offered by Technovox, but what is a virtual number, and why might you want one ?

Let's start by reviewing where telephone numbers come from. The UK national numbering plan is defined and maintained by Ofcom, the regulatory body for telecoms and other communications media. The numbering plan defines how UK telephone numbers are organized and which numbers can be used for which purposes. You can find chapter and verse on Ofcom's website at Telecoms Numbering

UK numbers fall broadly into the following categories, according to the prefix:
01/02 are geographic numbers which are allocated to a telephone line at a particular location
03 are non-geographic numbers, not associated with a particular location, but otherwise treated as similar to 01/02 or billing
05 are usually associated with calls to Voice over IP destinations.
07 numbers are generally given to mobile networks, through subranges are used for other purposes
08/09 are non-geographic numbers for higher rate services
There are also some special service numbers, such as the emergency and information lines and 118-type directory services.

There is a lot of confusion around non-geographic numbers, especially in the 08 range as it can be quite hard to predict exactly how much you will get charged for calling these numbers. For example, numbers with the 0870 prefix that attract so much negative publicity are described by Ofcom as "charged at no more than the caller would pay for a call to a Geographic Number with calls to 0870 numbers counting towards inclusive call minutes to Geographic Numbers if the customer has remaining inclusive minutes to Geographic Numbers and included in any discount structures that apply to Geographic Numbers, except where call charges have been published in accordance with General Condition 14.2". Whereas numbers with prefixed 0871,0872 and so on, definitely fall into the premium rate category. Clear ?

Ofcom has been consulting for the past 2-3 years on proposals to simplify and clarify the use of non-geographic numbers, and is aiming to introduce changes in 2015 - see last week's  article in the Guardian

Back to virtual numbers - these are either geographic or non-geographic numbers that are not tied to a particular location. They have various uses of of the most common are:

Find out more at www.technovox.co.uk/business-numbers